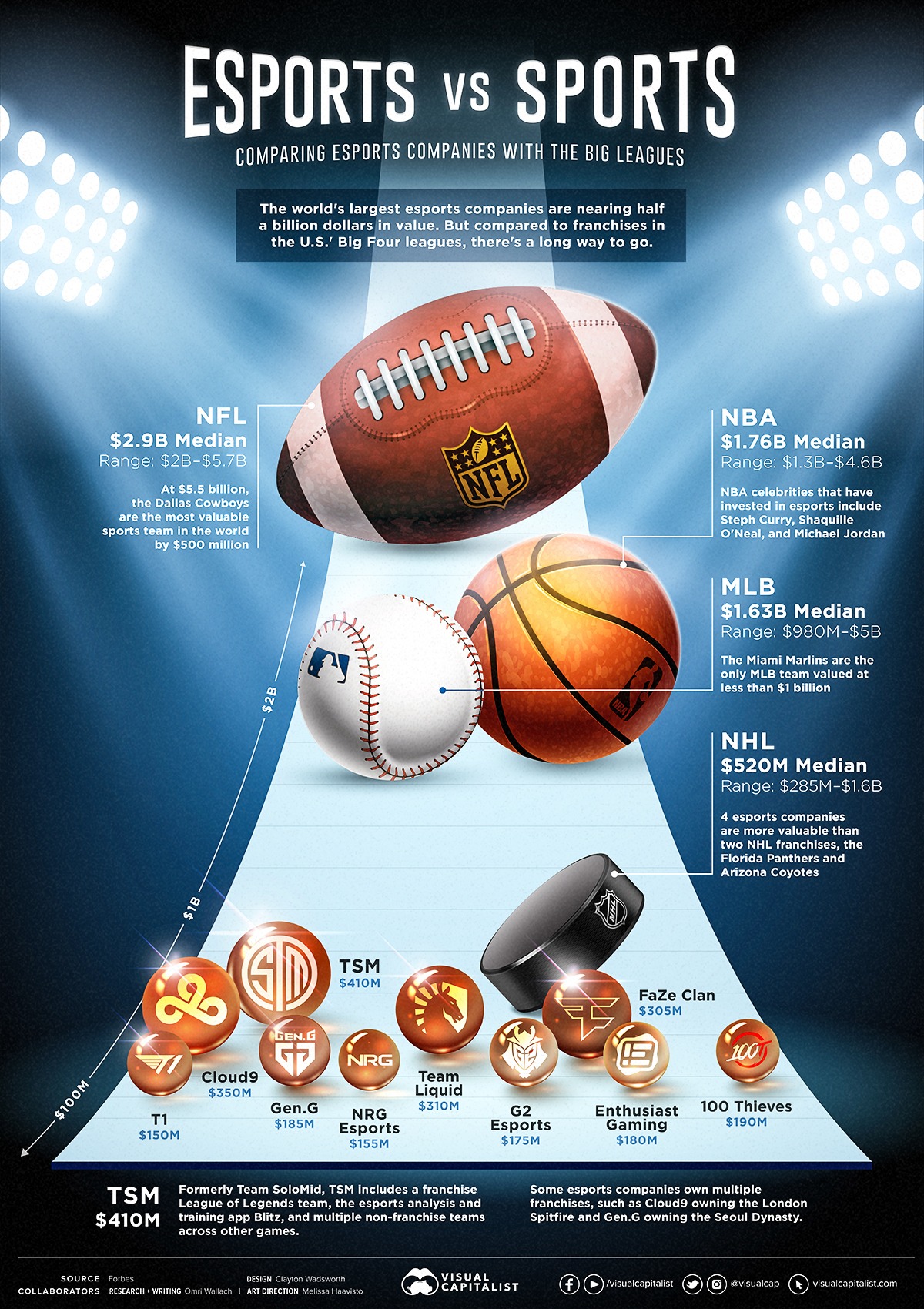 Are esports on the same level as “real” sports? These comparisons range from tricky to subjective, but the monetary value of companies speak for themselves.

The world’s largest esports companies have definitely risen to the occasion. Valued at almost half-a-billion dollars, they’ve started to pass some sports franchises in value.

In the above graphic, we compare Forbes’ valuation of the top 10 esports companies in 2020 against median franchises in the “Big Four” major leagues (NFL, MLB, NBA, and NHL). Despite competitive gaming’s rapid growth, there’s still a long way left to go.

The world’s top esports companies have grown quickly, and impressively.