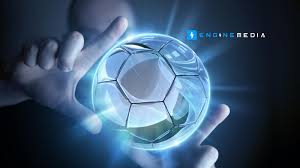 University of Texas at Dallas Esports wins $5K in scholarships

The teams competed in the single elimination Fall Guys competition. Fall Guys is one of the top multiplayer games on streaming platforms. University of Texas in Dallas edged out the University of Central Florida to take home the $5K scholarship.

The tournament was further enhanced and amplified by Engine Media’s, Winview, a fan engagement app, giving viewers the opportunity to directly engage with the competition.

The competition was broadcasted to esports fans globally via UMG Gaming and Panasonic on Twitch channels, which enabled students and fans to see player’s reactions and the heart pounding moment of the competition.

About Engine Media Holdings, Inc.
Engine Media is focused on accelerating new, live, immersive esports and interactive gaming experiences for consumers through its partnerships with traditional and emerging media companies. The company was formed through the combination of Torque Esports Corp., Frankly Inc., and WinView, Inc. and trades publicly under the ticker symbol (TSX-V: GAME) (OTCQB: MLLLF).  Engine Media will generate revenue through a combination of direct-to-consumer and subscription fees; streaming technology and data SaaS-based offerings; programmatic advertising and sponsorships; as well as intellectual property licensing fees.  To date, the combined companies have clients comprised of more than 1,200 television, print and radio brands including CNN, ESPN, Discovery / Eurosport, Fox, Vice, Newsweek and Cumulus; dozens of gaming and technology companies including EA, Activision, Blizzard, Take 2 Interactive, Microsoft, Google, Twitch and Ubisoft; and have connectivity into hundreds of millions of homes around the world through their content, distribution and technology.