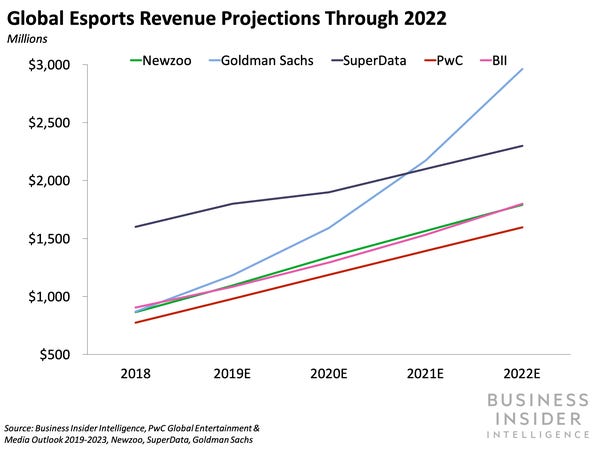 Esports market earnings, once set to eclipse $1 billion in 2020, will drop thanks to coronavirus

Coronavirus, also known as COVID-19, continues to spread throughout the US and around the world. And while the cancelation of major sports leagues and tournaments has been getting much of the attention, earnings from the esports and digital gaming industry will also drop this year as a result.

The World Health Organization has officially classified COVID-19 as a pandemic, and the virus has caused the cancelation of the NCAA men’s and women’s basketball tournaments, along with the suspension of the NBA and NHL seasons and a delay to the start of the MLB season.

Given the digital nature of video games, one might think esports would be exempt from this disruption, but esports tournaments and leagues require public gathering as much as any other sport. The cancelation of these events will almost certainly drive esports earnings, once forecasted to eclipse $1 billion in 2020, down with its peer sports.

Here is a list of all current esports tournaments and leagues canceled, postponed, or otherwise affected because of the coronavirus:

Riot Games also announced that the 2020 League of Legends Mid-Season Invitational would been postponed until July 3-19. All Rift Rivals tournaments have been canceled.