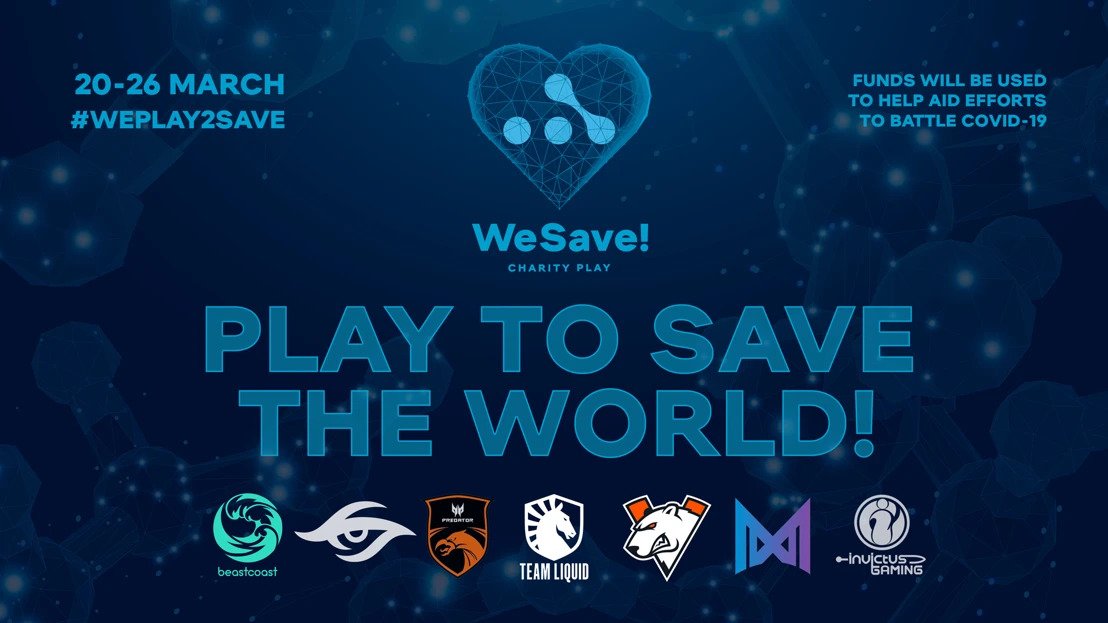 Oleg Krot, CEO and Managing Partner of WePlay! Esports, spoke on the event in a release: “The preparation process for WePlay! Charity Play is unusual even for our team. We have many people working from homes and across various time zones. Still, we try to achieve as much as possible through text chats and conference calls.

“These are also the primary means of communication with the talents and teams, as well as sponsors and partners, who have been eager to support our initiative to host a charity marathon. The desire to help others is universal, and we are inspired by the amount of caring and selfless people inside the esports community.”

RELATED: How WePlay! Esports aims to combine esports and entertainment

Yuriy Lazebnikov, Chief Business Development Officer and Managing Partner of WePlay! Esports, added: “The idea to host a charity marathon emerged on its own when it became clear that all the primary events would be canceled due to the COVID-19 pandemic one after another. The whole team just started to discuss the notion of a tournament, that could bring together the esports community and people beyond it.”

Esports Insider says: It’s great to see WePlay! Esports and so many teams come together – not only to provide entertainment during such a troubling time, but for an amazing cause – in such a big way. We hope the event goes well and receives a lot of support.