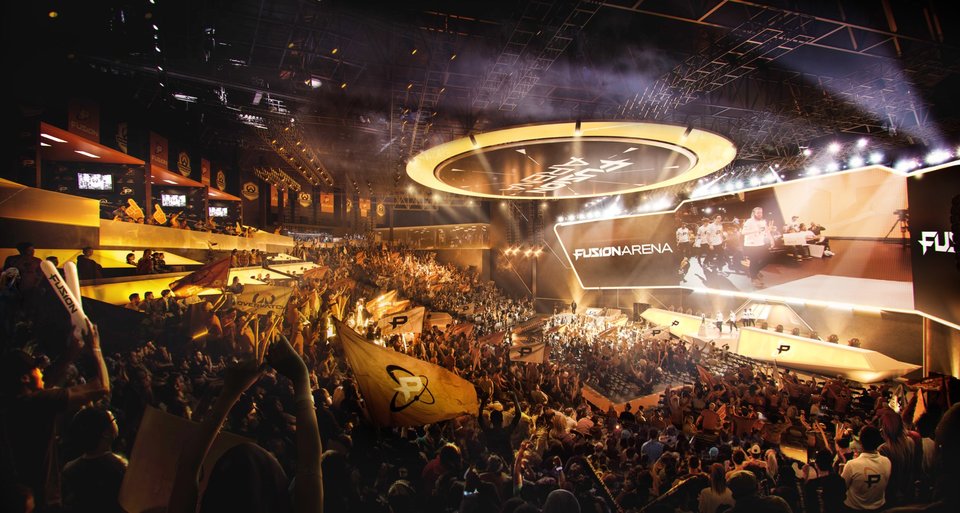 This esports franchise is getting a $50 million arena alongside Philadelphia’s NBA, NFL, and MLB teams

An esports team will soon have their very own $50 million arena in the heart of the Philadelphia Sports Complex, based on a proposal announced today by Comcast Spectacor and The Cordish Companies. Comcast wants to build the arena to house the Philadelphia Fusion, the team they built to compete in the Overwatch League.

The new venue, Fusion Arena, will span 60,000 square feet and seat up to 3,5000 guests. Comcast expects Fusion Arena to host a variety of live entertainment as well as competitive gaming events. Fusion Arena will be directly ajacent to the Xfinity Live! complex and will sit between the Philadelphia’s MLB, NBA, and NFL stadiums. Construction is scheduled to begin this summer.

All 20 Overwatch League teams will start hosting home matches in 2020, but Fusion Arena will be the first dedicated team venue.

Earlier this month Overwatch League Commissioner Nate Nanzer announced that all 20 teams will have an opportunity to play in their home cities during the 2020 season. The second season of the Overwatch League started in February, but so far all of the matches have been played at the Blizzard Arena in Burbank, California.

It’s unclear whether the Fusion Arena will be ready in time to host next season, but the Philadelphia Fusion is the first team to create their own dedicated arena.