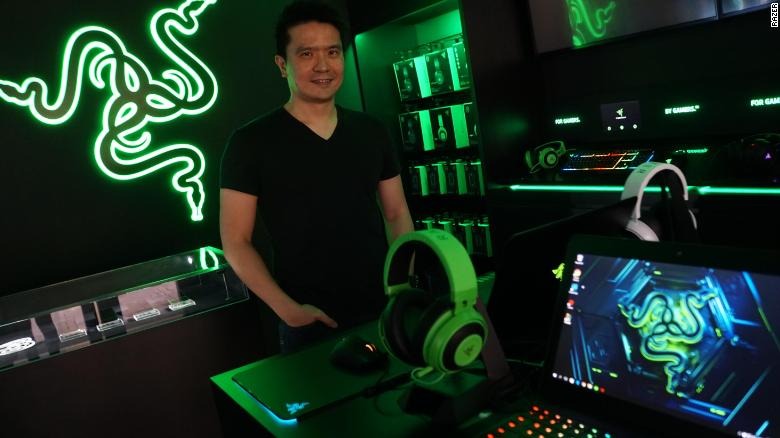 How eSports became a big business for Razer

Singapore (CNN Business)When Min-Liang Tan started a business 13 years ago to make gear for playing video games, he faced a lot of doubters.

“I heard all these people saying, ‘Gaming? Isn’t that child’s play?'” he said. “No one wanted to get into gaming.”
Today, his Singapore-based company Razer is one of the biggest providers of gaming hardware and software in the world, with a market value of about $1.6 billion. A big part of its success came from getting in early on eSports, an industry where hardcore gamers compete for money and fans.
Razer designs products such as headsets, controllers and keyboards. But it all began in 2005 with a computer mouse designed specifically for gamers.
Razer CEO Min-Liang Tan, one of the company’s founders, said nobody took it seriously at the start. He is now worth hundreds of millions of dollars.
“We said we are going to come up with something that’s going to eat up all the other mice out there,” Tan said. “So we called our first mouse the Razer Boomslang, after the African tree snake.”
The futuristic design of the Boomslang made it stand out from other computer products of its time. Razer sold it with the slogan that would define the company’s brand for years to come: “For gamers, by gamers.”