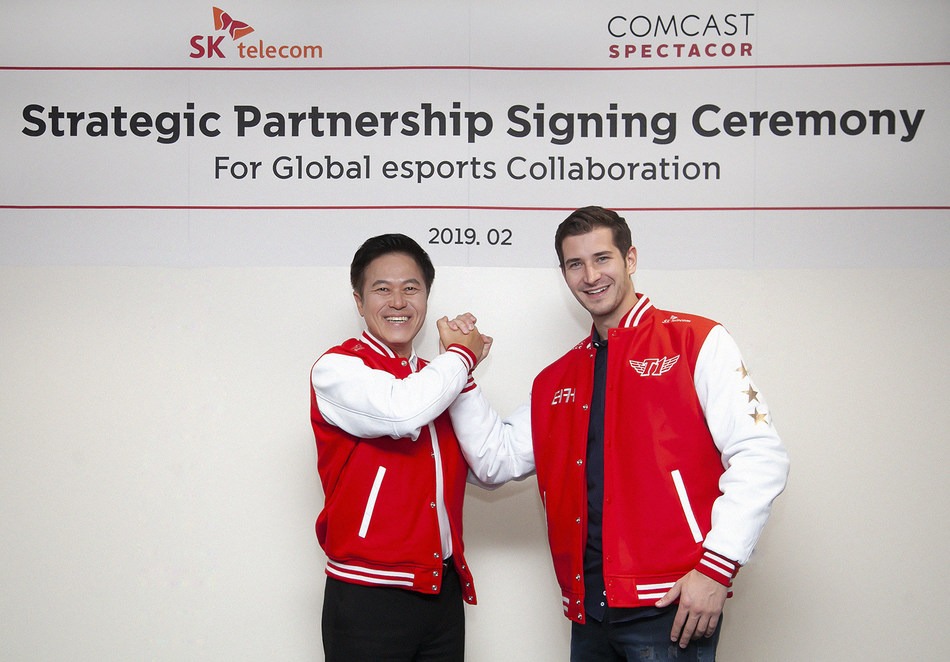 SK Telecom (NYSE: SKM) and Comcast Spectacor today announced that they signed a strategic partnership agreement to cooperate in the esports business, including the establishment of a global esports joint venture. The agreement signing ceremony was held on February 24 with the attendance of Park Jung-ho, CEO and President of SK Telecom, and Tucker Roberts, the president of Spectacor Gaming division of Comcast Spectacor, at MWC 2019 being held in Barcelona, Spain.

Moreover, Comcast Spectacor is 100 percent owned subsidiary of Comcast Corporation, a global media and technology leader with over 54 million subscribers across the world.

Under the agreement, SK Telecom and Comcast Spectacor will promote the establishment of a joint venture company to engage in joint business activities, such as joint operation of global esports teams and development of esports content.