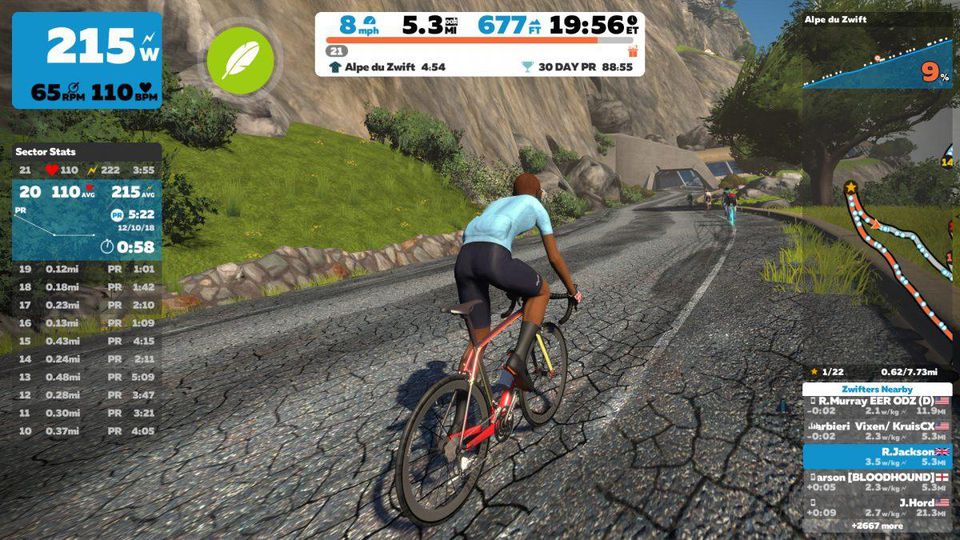 Multiplayer online training and racing platform Zwift has secured $120-million in Series B funding. Part of the cash injection will be spent expanding into esports tournaments.

“Zwifters” ride their bicycles on indoor trainers while watching a gaming-style doppelgänger cruise through virtual street scenes on a hooked-up TV screen or tablet device. The other on-screen riders are doppelgängers of other at-home riders; some could be professional cyclists, using the platform to train in comfort. 65 of the 176 professional riders in the 2018 Tour de France were Zwift members, enabling amateur cyclists to race in real-time with their at-home heroes.

Zwift’s Series B round was led by Highland Europe whose investments include eGym, Huel, WeTransfer and Malwarebytes. Other investors include True, the investment firm that owns U.K. online bicycle retailer Ribble, and Causeway Media, a sports-specific investment vehicle led by Wyc Grousbeck, lead owner of the Boston Celtics basketball team, and Mark Wan, part owner in both the Boston Celtics and the San Francisco 49ers American football team…