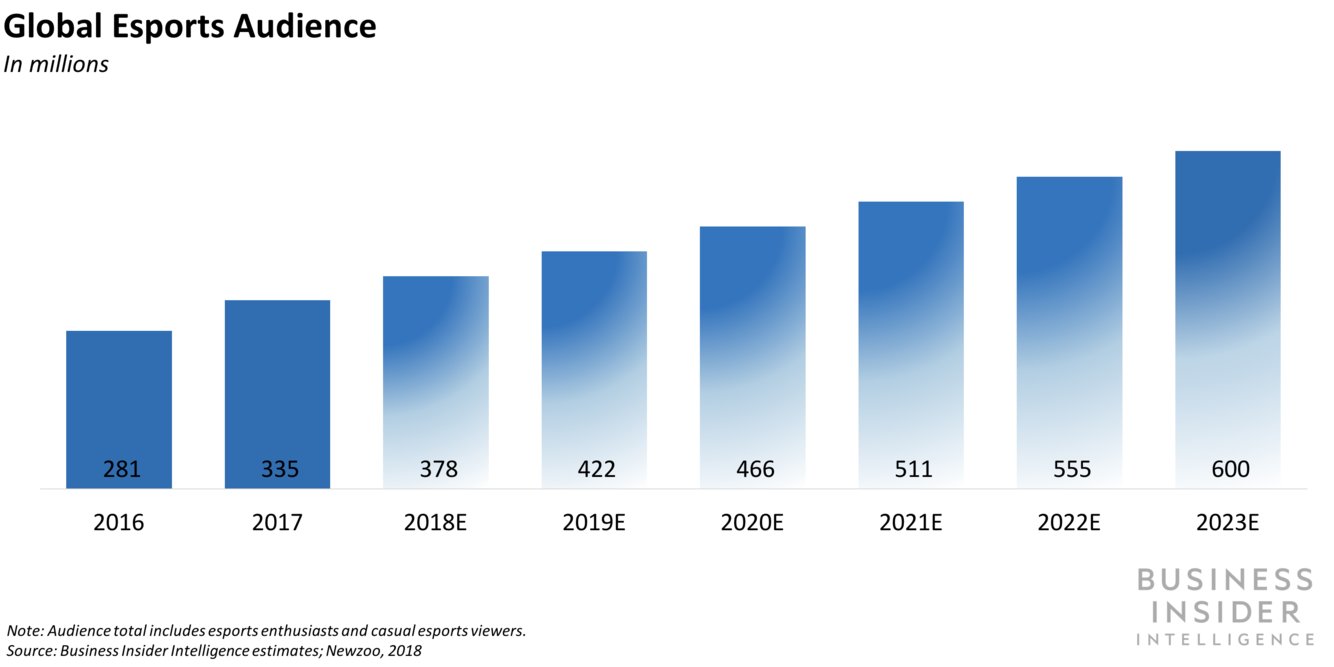 Esports, which is short for electronic sports, refers to competitive video gaming watched by spectators. Esports are not as mainstream as traditional sports in the US, but the number of esports fans globally is still sizable. The worldwide esports audience reached 335 million in 2017, according to Newzoo.

And there’s still significant room for growth beyond that — we predict that 600 million consumers globally will watch esports in 2023, up 79% from 2017.

A growing number of brands are acting to capitalize on the growth of esports as the majority of professional gaming fans are millennials and open to brand sponsors. Sixty-two percent of US esports viewers are aged 18-34, according to Activate, while 58% have a positive attitude towards brand involvement in esports, perNielsen.

In this report, Business Insider Intelligence will explain the growth of the esports audience and why it presents an attractive advertising opportunity for brands. We’ll begin by exploring the key drivers and barriers affecting esports audience growth. Finally, we’ll detail the benefits of advertising to esports fans and outline…