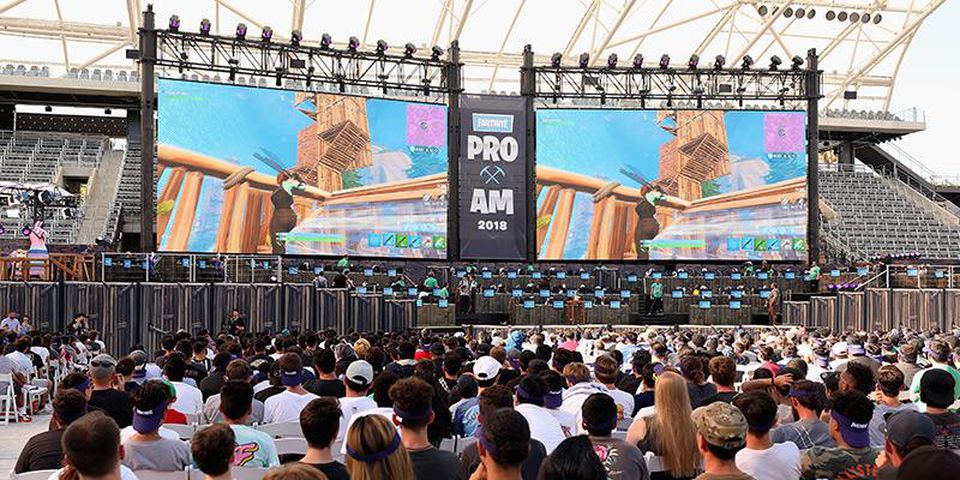 Esports Are Exploding: Here Are The 3 Best Stocks To Profit

Maybe you’re thinking it’s a stretch to call video gaming a “sport.” Call it whatever you want, so long as you understand that massive sums of cash are pouring into this booming sector.

There are now American video-gaming leagues modeled after the NBA and NFL.

And like the NFL and NBA, esports have tens of millions of hardcore fans who will happily fork over $100 or more for a ticket to watch a big game live.

Many Investors Dismiss esports as a Silly Fad

They’re wrong, and they’re going to miss out on big stock gains.

Do you know that more than 80 American colleges now offer esports scholarships?

Or that last year, some of the world’s biggest companies like Intel, Coca-Cola and T-Mobile spent $700 million to sponsor esports?

Or that the average salary in one American professional esports league is $320,000?

Many investors roll their eyes because it sounds like a joke.

Let me tell you a different joke—one that has investors laughing all the way to the bank with 375% gains.

WWE Was Dead Money for 17 Years

Chances are you’ve seen at least a few minutes of American professional wrestling.

I’m talking about “Hulk Hogan”-type wrestling. Where muscular guys wearing spandex hit each other on the head with folding chairs.

Well, look at this chart of World Wrestling Entertainment (WWE): 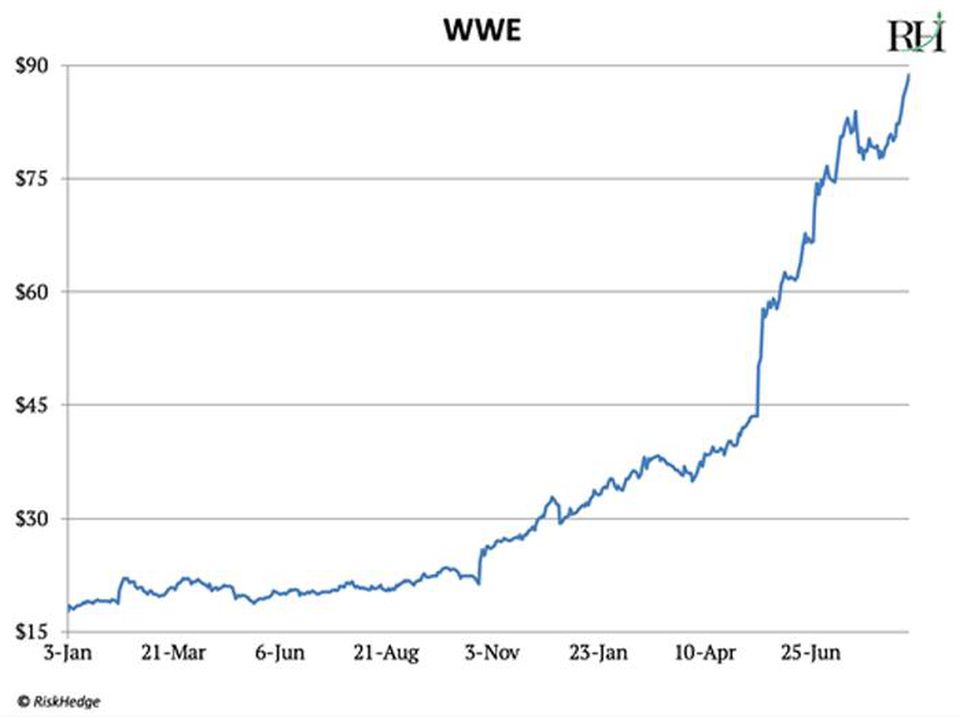 The WWE has turned fake wrestling into a $6.8 billion business. Investors in WWE have made 375% since January 2017. It’s the 12th best-performing medium-to-large US stock this year.