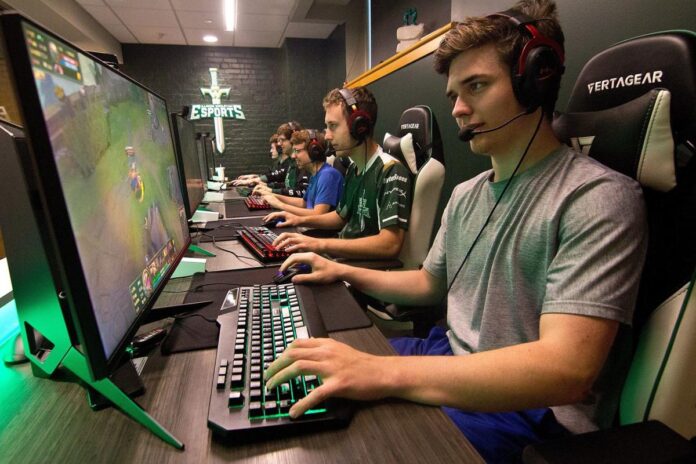 For these Central Illinois students, video games are serious business

Skylar Guimond was watching the Super Bowl with friends when the subject of esports came up. His friends asked why anyone would watch people playing video games.

The irony wasn’t lost on Guimond, who is helping build a varsity esports program at Heartland Community College, where he is director of student engagement.

“We were watching people play football,” said Guimond. “What’s so different about watching someone else play a video game?”

Last month, the Sixty Six Games Expo drew crowds to Bloomington’s Grossinger Motors Arena for the second year in a row with League of Legends esports tournaments, a retro gaming lounge and an esports clinic for schools interested in adding or expanding esports programs.