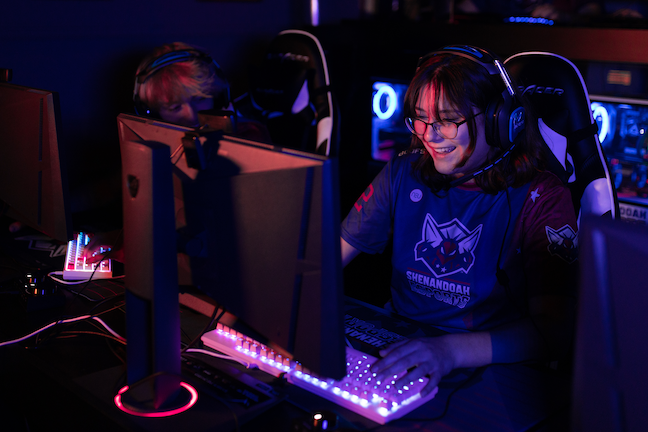 How higher ed is shaping the business of esports

Coursework in the new major covers the positive aspects: Having an esports team creates a new campus community and gives students a connection to the school that they might not otherwise have found, says Neil Malvone, assistant professor of sports management and esports management.

And the esports management degree program also examines some of the problems that need to be solved: Though a coach of esports teams and several players at Caldwell are women, for example, white men dominate esports nationwide.

The class also discusses video game violence, even though research hasn’t found a strong link between virtual shooting and a player’s behavior in the real world, Malvone says.

“Right now, esports is a billion-dollar industry, and in the next 10 years, it will be in the $40 billion to $50 billion range,” Malvone says.

“The same jobs you need in sports, you need in esports—whether that’s marketing, finance, the legal end of things, or broadcasting and communications,” he adds.

Five Caldwell students have chosen the esports major since it debuted in fall 2019, and many others are interested, Malvone says.

Caldwell, in fact, joins a handful of other colleges that now offer esports degree programs to provide career paths for students who are unable to become professional players after they graduate.