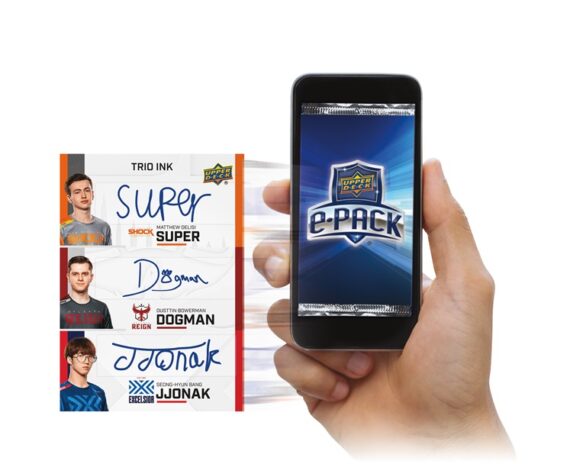 As the esports scene explodes, brands are learning to navigate the gap between this burgeoning industry and traditional sports on multiple levels. Media rights, sponsorship value and overall ROI battle for market share, but the winning model will ultimately rely on innovative partnerships and an understanding of the esports landscape.

While many brands have struggled to strike the right chord within esports culture, two companies worked hand in hand to capitalize on this rapidly expanding market. Last year, traditional met nontraditional when Blizzard Entertainment, creator of the Overwatch League, partnered with Upper Deck, a company recognized for its premier trading cards and memorabilia. Upper Deck’s traditional line extends to exclusive sports figures, like Michael Jordan, Serena Williams, LeBron James, Wayne Gretzky and more. Looking to the future after more than 30 years of success, Upper Deck designed a platform incorporating a hybrid line of digital and tangible trading cards for the esports market—aptly named “e-Pack,” to engage fans all over the world. Overwatch is the first major global professional esports league, with 20 teams based in cities across Asia, Europe, and North America.

The new platform – which allows users to buy, open, collect and store actual, physical trading cards – was key to Blizzard’s partnership with Upper Deck. E-Pack meets the esports culture where it exists—online—rather than in the traditional, physical, retail environment. An esports fan opens his or her cards virtually for a preview of the physical cards they will receive in the mail, if they choose. They also have the option of keeping the cards online rather than receiving physical cards. Either way, trading is always an option and with 176 countries on the e-Pack bandwagon, there are countless ways to mix and match.

I like the valuable information you provide in your articles.

Good one! Interesting article over here. It’s pretty worth enough for me.