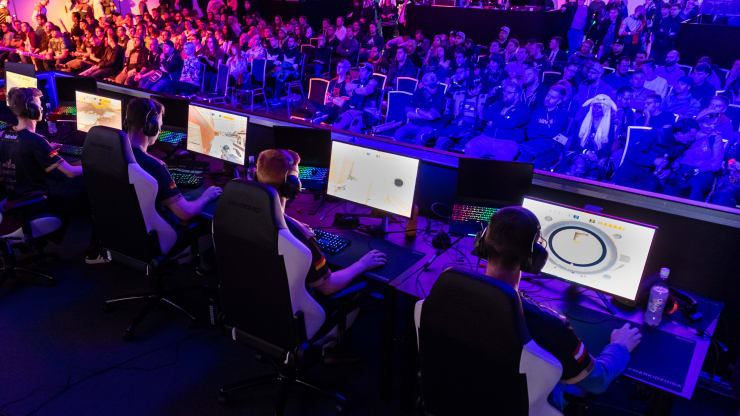 While baseball, basketball, soccer and pretty much every other sport on the planet remains shut down during the coronavirus pandemic, there’s one corner of the competitive universe that’s still playing games: esports, the $1 billion global industry in which individuals and teams square off in video games.

Viewership on Amazon’s Twitch, YouTube, Facebook and other streaming platforms has spiked tremendously in the past couple of months, owing to the fact that esports was born and exists online and competitors can play remotely in its virtual realm during the crisis.

And although the millions of Americans suddenly unemployed include tens of thousands of people who work for the shuttered traditional sports leagues’ offices, ballparks and stadiums, as well as the ancillary businesses that support and supply them, the esports workforce is relatively intact.

“Yes, we are still hiring,” said a spokesperson for the streaming website Twitch, a unit of Amazon that enjoyed a 23% surge in viewership in March. In mid-May its jobs page listed more than 115 positions, from a senior software engineer at its San Francisco headquarters to an advertising sales director in Singapore.

So to those naysayers out there who castigate video gamers as frivolous, basement-dwelling, introverted time wasters, welcome to the latest Revenge of the Nerds. Thanks to esports — plus the $150 billion gaming industry from which this phenomenon evolved — thousands of great jobs are being scored in this one bright spot of an otherwise depressed employment landscape.

I learn something new and challenging on blogs I stumbleupon everyday.