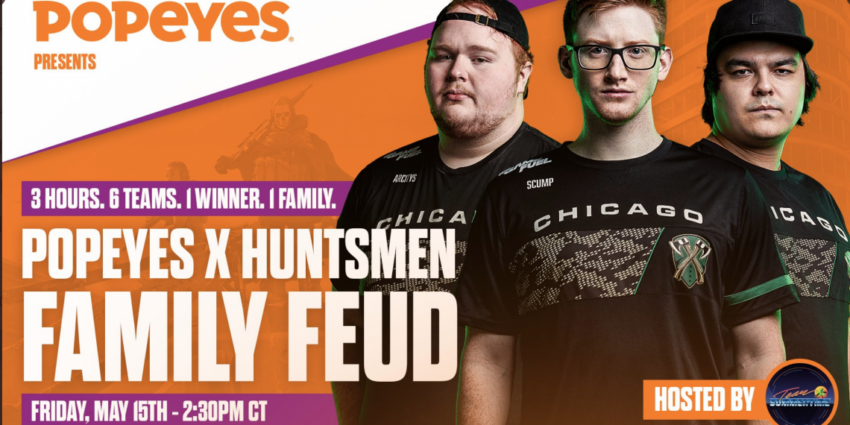 Popeyes is making its first splash into esports, with the popular QSR chain signing a deal with the Chicago Huntsmen of the Call of Duty League.

Terms of the deal were not disclosed, but Popeyes will get assets including a chest jersey patch that players will wear during competition, along with digital and social media integration on Huntsmen channels. That starts with the fried-chicken chain being title sponsor of the Huntsmen’s six-team Call of Duty: Warzone exhibition tournament that it will stream this weekend.

Moreover, the sides are looking into the possibility of getting special Huntsmen menu items and other features added to Popeyes official app as part of the deal, as well as chicken sandwich trials.

The deal, which Scout Sports & Entertainment brokered, has been in the works since before the coronavirus pandemic began, but the timing is fortuitous for Popeyes because the stick-and-ball sports that it sponsors are either out of season or shut down by the lockdown. Popeyes works with Horizon Media, which Scout is a division of.