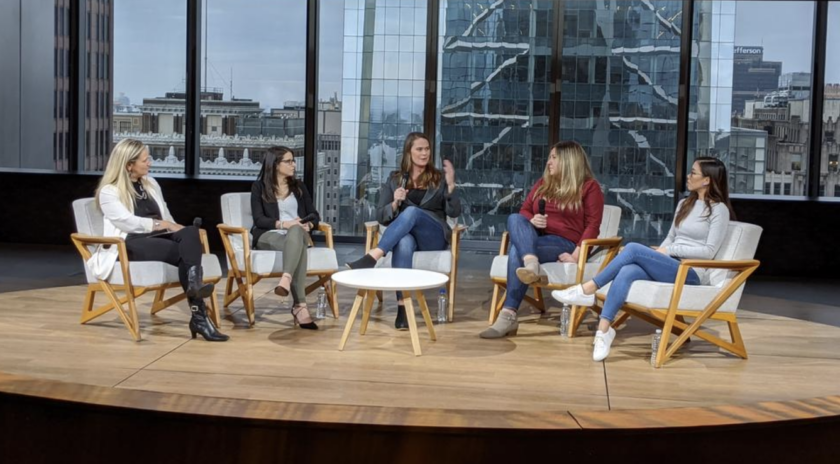 The burgeoning esports industry has a mission as it continues to grow: give more women a seat at the table.

Women are nearly half of the gaming population, but only represent a fraction of the video game industry’s decision-makers. Women in gaming were the focus of a panel discussion at the Comcast Technology Center in Philadelphia on Thursday. The “FTW: For The Women Gaming Summit,” moderated by Comcast’s LIFT Labs head Danielle Cohn, highlighted women making decisions in the “Wild West” of esports and gaming.

The esports industry is now valued at more than $1 billion, and its growth is leading to the expansion of gaming arenas and teams developed at schools and colleges. Sports and media titans like Comcast (NASDAQ: CMCSA) are sinking millions into esports teams and infrastructure as thousands flock to live events to watch their favorite video gamers play. Panelists said they expect the audience for the industry to grow, and for more women to enter the industry as it expands.

Paige Funk, a panelist and director of marketing for Philadelphia-based esports venue operator Nerd Street Gamers, previously worked in traditional sports marketing. She said her perspective when entering the esports industry was that she would have to market to gamers as one audience, rather than recognizing the different communities within gaming. Treating gaming communities as a monolith can lead to failure, and it’s similar to generalizing fans of traditional sports, she said.

It is up to the esports industry to normalize the idea of women in gaming to have more women enter careers in esports, said Julie Truong, director of business operations for the Comcast Specator-owned Philadelphia Fusion, the city’s professional esports team. Truong said she has never met a woman who was introduced to video games by another woman, and that she wants to see more of it in the future.