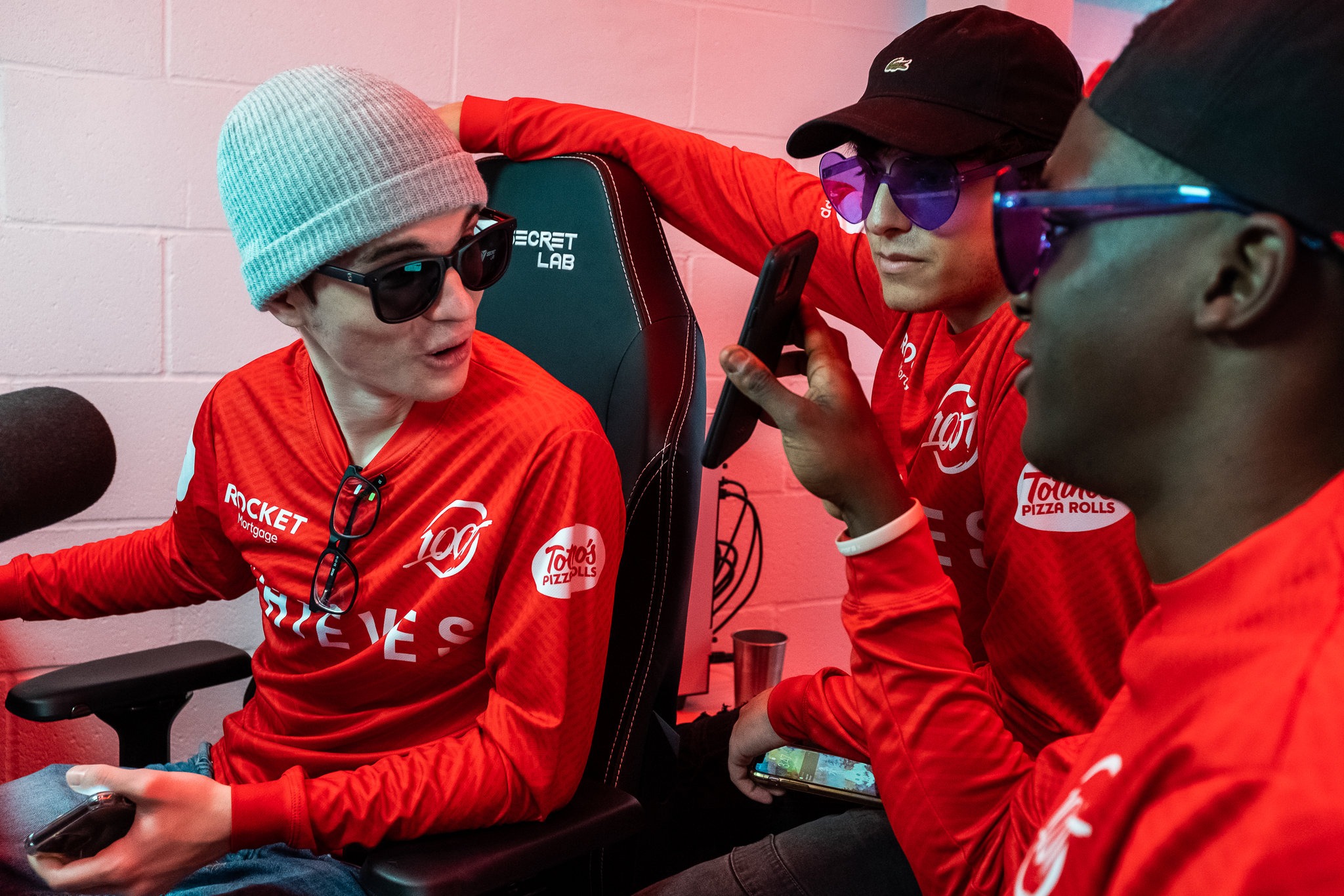 How to Make Billions in E-Sports

An unusual recruiting meeting was set to take place one afternoon last May at Margot, a popular nouveau-Mediterranean restaurant in Culver City, Calif. Around several pushed-together wooden tables sat a makeshift hiring committee: Matthew Haag, a 27-year-old former professional video-game player known as Nadeshot, who is now the founder and chief executive of the e-sports company 100 Thieves; his president and chief operating officer, John Robinson; his director of business development, Jackson Dahl; and a junior business-development employee named Ibrahim Eljeilat.

As they waited for their prospect to arrive, Haag scanned the menu, looking slightly out of his depth. He was dressed in a crisp red-and-black 100 Thieves pullover and bright collectible New Balance sneakers, with a week or two of beard on his angular jawline. In what appeared to be a familiar dynamic, he turned to Robinson, who at 38 is one of 100 Thieves’s older employees, and asked, “What’s idiazabal?”

A few minutes later, the candidate walked in: a professional video-game player known as Yassuo, who was then 19. Quiet and polite, with short black hair and dark eyes, Yassuo — whose real name is Mohammad (Moe) Abdalrhman — looked both smaller and younger in person than he does online, but he exuded an understated confidence. The self-assurance was justified, because it was obvious that Haag and his colleagues badly wanted to sign the gamer, who was coming to the table with a unique combination of skills.

Today there are generally two kinds of professional video-game players — competitive pros and “lifestyle” gamers. The former can be thought of as pro athletes, competing on teams in games like League of Legends, Call of Duty and Overwatch, the way teams compete in baseball or soccer. Excelling in that world involves coaching, training, hours and hours of daily scrimmaging and, of course, raw talent.

Lifestyle gamers, by contrast, are entertainers. They ply their trade through digital channels like YouTube and Amazon’s live-streaming service Twitch. They seek to build fan bases in the millions; perhaps the best-known streamer is Ninja, a.k.a. Tyler Blevins, a former professional Halo gamer who shot to crossover stardom playing Fortnite. The most successful streamers can earn seven- or in some cases even eight-figure incomes. To get to this level, it helps if they are very good at their games, but they aren’t necessarily elite players. Above all, lifestyle gamers need to be compelling to watch — some combination of funny, attractive, edgy and skilled.