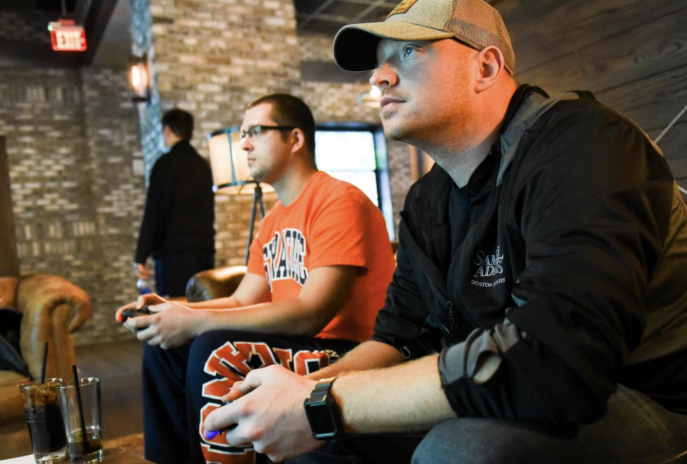 The Chittenango-based casino began running Madden ’20 video game tournaments in early November. The entry fee is $10 for the weekly tournament played on Playstation, where the grand prize is $100 and two premium seats at the casino’s Lounge with Caesars Sports.

“We had already anticipated that people who like sports, there’s a good chunk of them that like to play sports video games,” said Joel Barkin, vice president of communications for the Oneida Nation.

A form of competitive video gaming, esports are played around the world and are already well-established in the United States. In 2016, the Downtown Grand in Las Vegas built an esports lounge, hosted tournaments and, with bookmaker William Hill, took the first sports wager placed in Nevada on an esports tournament.

The market research firm Newzoo released a report last year calling esports a $1.1 billion global market in 2019, up nearly 27 percent from a year earlier. The company projects the industry will generate $1.8 billion in economic activity by 2022.

Barkin said the Yellow Brick Road’s tournaments, which kicked off in early November, are doing well. The casino initially is keeping the tournaments small, capped at 16 players with four-minute quarters.

“We’re learning this was a good model,” Barkin said. “People get in and out.”

There are numerous games that the casino could use for tournaments, but Barkin said Yellow Brick Road would stay with Madden for the time being before potentially adding other sports down the road — basketball games, in particular.

“This is our first foray into this,” Barkin said. “We’re testing to see how much interest there is.”

David Schwartz, a gambling expert at the University of Nevada-Las Vegas, said the esports market is still small — for now.

“I think in the short term, betting on esports has the potential to be a small growth area,” he said. “There is definitely fan interest, but right now betting on sports outside of the big three — football, basketball, baseball — is pretty small in the U.S. So it would be a small share of a small share of the overall sports betting handle.

“As with any new sport, there may be concerns over match-fixing and other compliance issues, which may further slow the growth of the market for esports betting,” he said. “In the future, of course, it may become a much bigger segment, if bettors decide they want to gamble on it.”