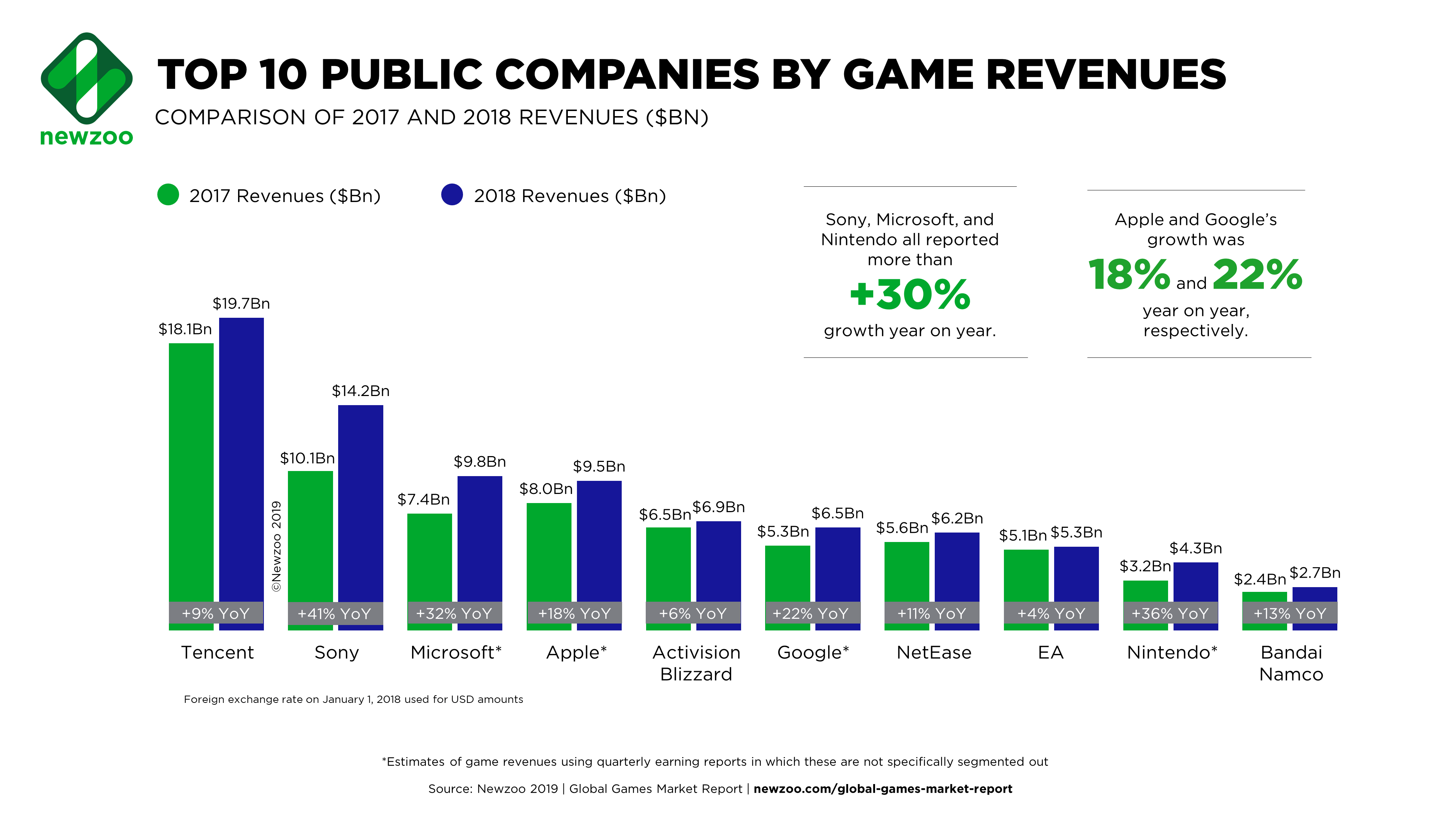 has calculated the top 25 public companies by game revenue in 2018. These brands, led by Tencent

The top 25 public companies by game revenue accounted for almost 80% of the entire $134.9B global games market, according to the report.

Despite China’s new game regulations enacted in 2018, Tencent accounted for nearly 15% of the market, earned $19.7B in revenue, and was the world’s top public company by game revenues for the sixth year in a row, according to Newzoo calculations.

Console led growth for the top 10 companies on Newzoo’s list, and it should come as no surprise that the revenue increase originated from the top three platform holders—Sony, Nintendo, and Microsoft.