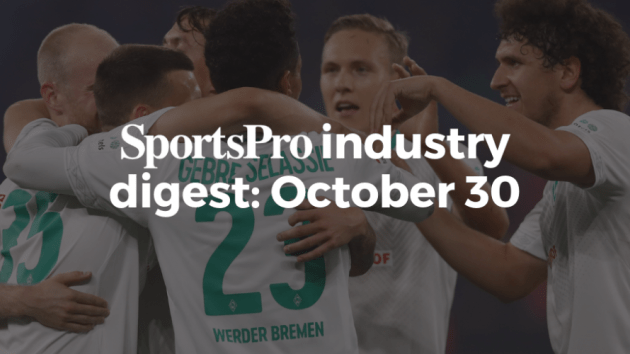 The German-based company, which has a long-term sponsorship deal with the Bundesliga side, has become a jersey sponsor of Bremen’s esports team.

Werder Bremen established its esports division in July, signing two players in the process and entering a team in EA Sports’ FIFA series. For EWE AG this is its first esports venture.

Werder Bremen have had a promising start to their Bundesliga campaign, sitting in fourth place, but suffered a setback last weekend when they were thrashed 6-2 by Bayer Leverkusen.

Spanish top-flight soccer club Espanol have expanded their partnership with TR Trucks, which continues as the club’s truck supplier in a multi-year extension.

Pay-TV broadcaster Sky Mexico has renewed its rights deal to show all English Premier League soccer matches for the next three seasons, covering Mexico, Central America and the Dominican Republic.

Sports network Eurosport has secured exclusive rights to broadcast British Darts Organisation (BDO) Major tournament coverage, including the World Professional Darts Championships, World Darts Trophy and the BDO World Masters for the next three years in the UK, Netherlands and Australia from 2019.

US broadcast network NBC Sports has announced a three-year extension to show coverage of horse racing’s Breeders’ Cup Challenge Series event across its platforms until 2021.