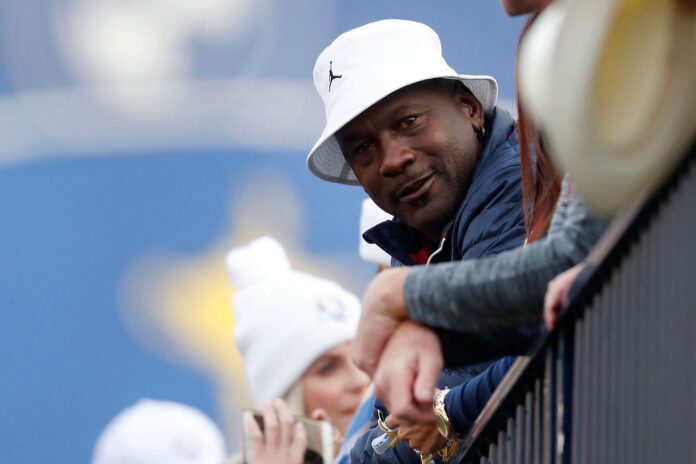 The company declined to announce the value of Jordan’s investment, but said it comes during a $26-million round of Series B funding. The round is being led by Jordan, investing thorough his family office, and Declaration Capital, the family office of Carlyle Group billionaire co-founder David Rubenstein.

It also comes as e-sports’ popularity is booming and professional gamers can make millions of dollars in international competition.
AXiomatic Gaming owns the professional-gaming franchise Team Liquid, whose European team won The International 2017 tournament for the popular game title “Dota 2,” an event that featured an $11-million purse.

But analysts say e-sports’ largest upside comes in the consumer and audience market, where American customers alone spent $29.1 billion on video game content in 2017, according to the Electronic Software Assn. trade group.

Team Liquid got an early foothold in the industry nearly two decades ago in South Korea, where the popularity of “StarCraft” contests turned video gamers into well-paid celebrities. In more recent years, competitions have spread to the U.S. and beyond, packing audiences into venues like Madison Square Garden. Forbes recently valued Team Liquid at about $200 million.

Leonsis and Karsh led the way in recruiting Jordan and Rubenstein, aXiomatic co-founder and Chief Executive Bruce Stein said in a phone interview. Those talks began over the summer, Stein said, as both Rubenstein and Jordan expressed interest in investing in e-sports but wanted advice on finding the right partners.

Leonsis and Jordan have a relationship that extends back to Jordan’s NBA days, when Leonsis helped recruit him to the Washington Wizards as a part owner and player following his retirement from the Chicago Bulls.

“It’s all kind of a new ‘Star Trek; journey and you have to pick the ship you want to join,” Stein said. “That’s how they went about their own analysis.”

“AXiomatic is a platform for building the e-sports and video gaming audience and ecosystem. Our ideal investors are people who bring something that we don’t already have,” he said. “With David and Michael we get two very unique perspectives that we don’t get anywhere else.”