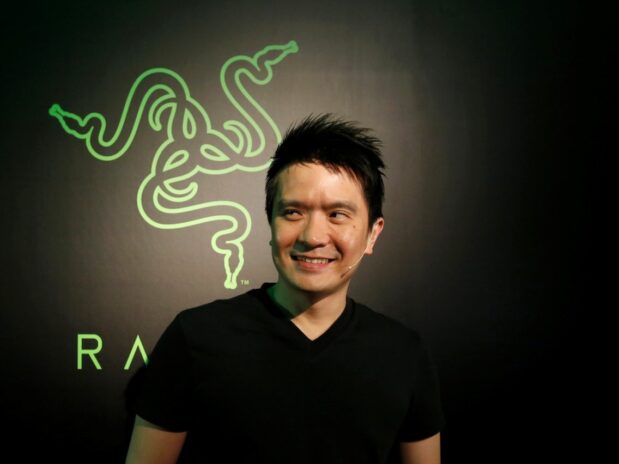 Meet the man behind Razer, the tech company hailed as the ‘Apple of the gaming world’ set to take over the entertainment industry

The day Steve Jobs unveiled the first iPhone didn’t just change the mobile industry for good; the day that smartphone came into the world started a revolution that, even today, continues to transform dozens of industries.

And today, video games seem to be following suit. They’re more present than ever and are everywhere, now they’re no longer confined to gaming consoles or computers — they’re in everyone’s pockets thanks to smartphones.

The numbers don’t lie: the gaming industry is already moving more money ($138 billion in 2018, according to analysts’ forecasts) than the entire film industry. Gaming has ceased to be a niche and is now ruling the entertainment industry, thanks to, among other things, mobile video games and the take-off of eSports.

Any revolution worth its salt has its heroes and one of the protagonists in the video gaming world’s current revolution is, undoubtedly, Min-Liang Tan.

A video game lover who left behind his career as a lawyer to turn his hobby into his way of life, Tan, has built a company that, last year, generated over 500 million dollars in revenue. The company is increasingly present in Asia, America and Europe.

It all started with a computer mouse — but not just any mouse. It had to be optimised to make a difference in video games. Today, the notion of a mouse for gamers makes total sense, but at the time it was considered completely eccentric. The aim was to provide video game fans with tools capable of making a difference.

Read more: ‘Gaming will be a bigger sport than soccer and could feature in the Olympics,’ according to Logitech’s CEO

And so Razer was born, founded in 2005 by Tan together with Robert Krakoff. Today, it’s one of the largest companies not only in the PC accessory industry but also in the entire world of gaming — its catalogue has been extended to all types of hardware, different software solutions and services, with future investments both in the in Internet of Things as well as in Virtual Reality — but always with the gamer in mind.