What You Might Not Know About E-sports, Soon to Be a $1 Billion Industry

A gunman opened fire on Sunday at a video game tournament in Florida, killing two people, wounding numerous others and killing himself.

The shooting, the start of which was streamed online, thrust a young, growing and often little understood industry, known as e-sports, into the national spotlight.

Here’s more about e-sports and how they’ve become so popular.

E-sports refers to the rapidly expanding world of competitive video games, encompassing a range of games and plots, played on a variety of platforms.

Competitions are often hosted in large venues, such as arenas, where audiences watch as professional players vie for supremacy. The players and the tournaments can be sponsored by major corporations, and the battles are often streamed live online with commentary. 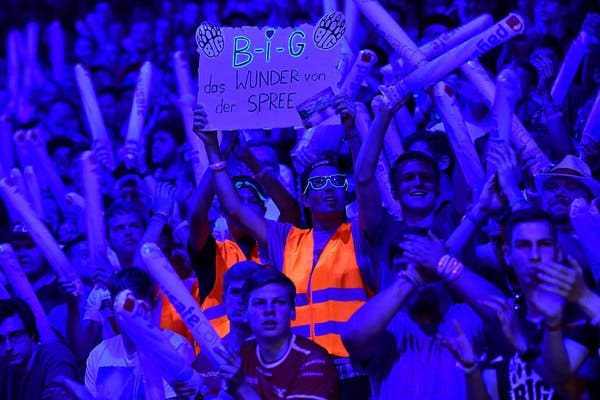 Spectators at the ESL One event in Cologne, Germany, in July, which drew 16 teams. Credit Sascha Steinbach/EPA, via Shutterstock

Thanks to a confluence of factors, e-sports have exploded in popularity in recent years, with the total global audience expected to reach 380 million by the end of 2018, according to Newzoo, an Amsterdam-based research firm.

“It’s grown through a combination of expanded broadband, social networks, interesting games and personalities, more involvement from the publishers and also, increasingly, from sports and entertainment,” said Christopher Vollmer, global advisory leader for entertainment and media at PwC, the accounting firm formerly known as PricewaterhouseCoopers.

Online personalities have played a significant role in that expansion. In the United States and Britain, fans were about as likely to have been drawn to e-sports by online stars, such as those on YouTube, as they were by family and friends, according to a 2017 Nielsen report.