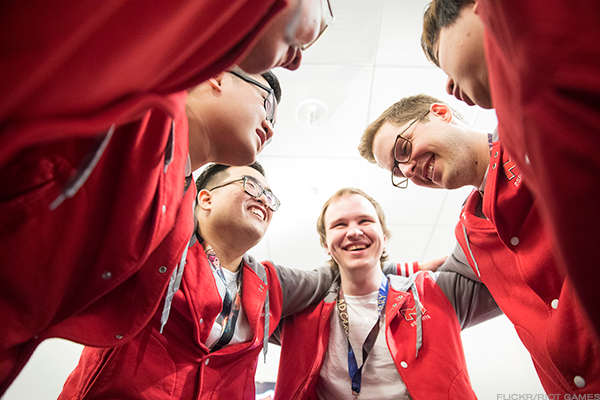 Esports is no longer just restricted to people playing video games alone in their basement. Quite the contrary, it continues to grow rapidly.

Esports has become a massive, sprawling industry that’s no longer restricted to die-hard video gaming fans, with events that claim to rival the Super Bowl in size and audience.

Now that Esports is no longer an underground craze, everyone from professional sports leagues to major broadcast networks is looking to jump on the trend. At TechCrunch Disrupt on Wednesday, a panel of experts discussed how Esports is being monetized and the ways in which the industry is changing.

One of the biggest misconceptions surrounds what a typical esports athlete typically looks like. esports athletes aren’t sitting alone in their basement playing video games — they have daily, rigorous training with team members, not that much unlike professional athletes, said Heather Garozzo, a former competitive Counter Strike player and marketing director for Team Dignitas, an esports team owned by the Philadelphia 76ers.